Known also as Si Phan Don, the Four thousand Islands is a beautiful riverine archipelago situated in the Mekong River, Champasak Province in Southern Laos. Si Phan Don is a top attraction of Laos that every tourist will feel regrettable when traveling to this million elephants country without coming to visit this place.

Known also as Si Phan Don, the Four thousand Islands is a beautiful riverine archipelago situated in the Mekong River, Champasak Province in Southern Laos. Si Phan Don is a top attraction of Laos that every tourist will feel regrettable when traveling to this million elephants country without coming to visit this place. The main islands of Si Phan Don are Don Khong (the biggest), Don Det and Don Khon in which Don Det and Don Khong are the most visited because of their wild and uninhabited  states. Both are located near the Cambodian border and made the connection between Saigon and Laos possible during the French colonial times when a railway was built to connect the two sides. Don Khong island offers a great option to discover many locations as secluded beaches, rice fields, small villages, some old temples and stupas. Si Phan Don has been very attractive to tourists for its significant natural beauty.

Khone Phapheng Falls, the largest waterfalls in Asia by volume, are a magnificent site with tons of water relentlessly crashing over rock until it finally subsides enough downstream for people to kayak. The waters surrounding the islands are home to the rare and illusive Irrawaddy dolphin and provide plenty of fish to the local villagers. Tourists coming here not only have chance to admire the biggest waterfall in Southeast Asia but also the best spotted from the south of the islands and can enjoy swimming, sun baking on the sandy beach, watching dolphins in one of the most impressive waterfalls in Laos, Liphi Waterfall and Devil Corridor.

The villages of Si Phan Don are often named for their position at the upriver and downriver ends of the island. The upriver end is called hua (head)- Ban Hua Khong, the downriver end is called hang (tail)- Ban Hang Khong. These villages are self-sufficient and survive on local produce including rice, coconuts, sugar cane and vegetables, with clothing and textiles made by their own weaving techniques as required. The islands are a great place to discover a new very rural side to Laos, rich in tradition and culture with old buildings, walking trails and a choice of places to sleep and eat. Tourists can take a tour around the villages surrounding in which they can find Wat Jorn Thong, a temple from the Chao Anou period built on the side of a Khmer temple with a hundred-year-old stupa alongside it in the main village, Ban Khong, or Tomo Temple, which was built in the early 7th century, is considered as the female counterpart to the Temple of Shiva at Vat Phou. There are also some villas dating back to the French colonial era with special architecture, a few local markets with a diversity of products. For nature lovers, cycling around the island, through the endless lush rice paddies with attractive fragrance is the most interesting way to relax and enjoy the fresh air. 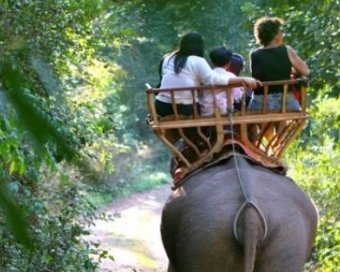 Land of a Million White Elephants 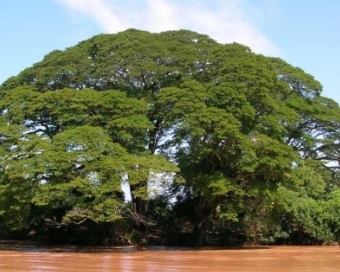 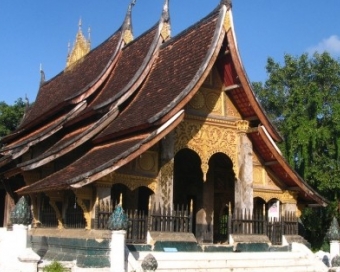 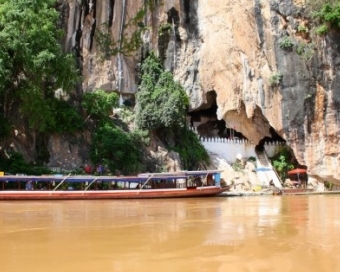 The Watery Land Downriver of The Mekong 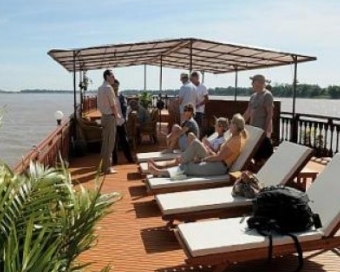 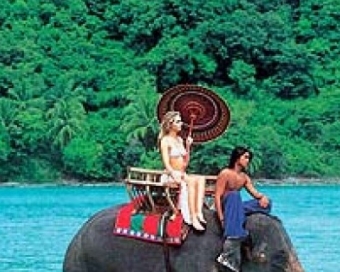 The Ultimate Serinity of Southern Laos

Wat Phou (or Vat Phu) in Lao language means 'temple on the mountain' is one of... 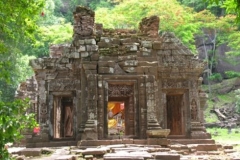 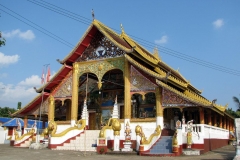 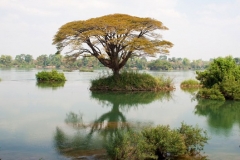 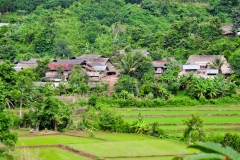 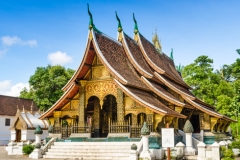 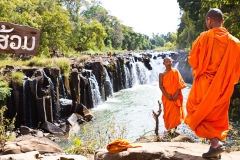 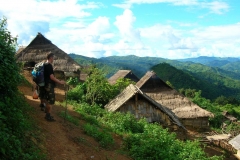 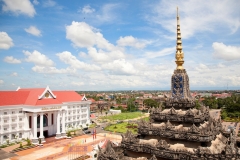 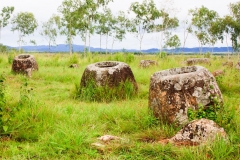 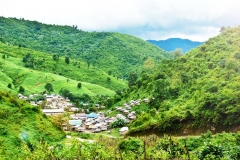